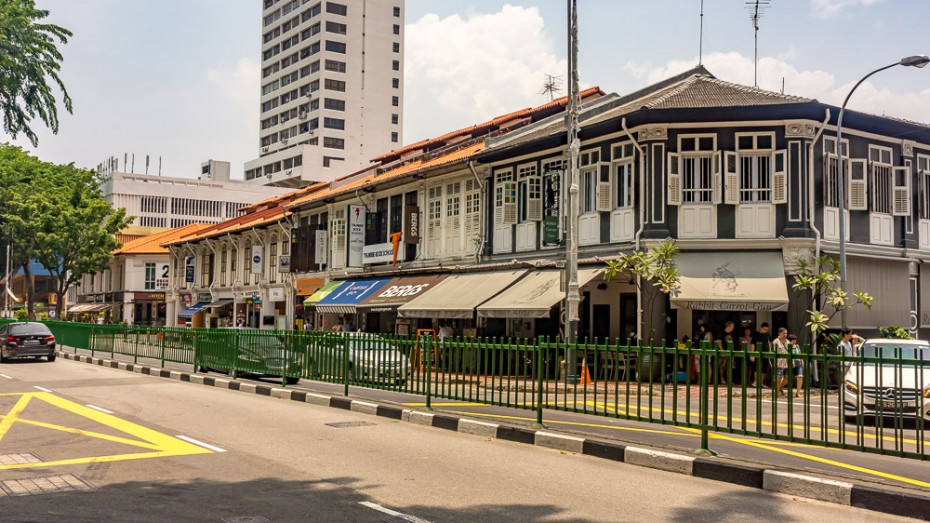 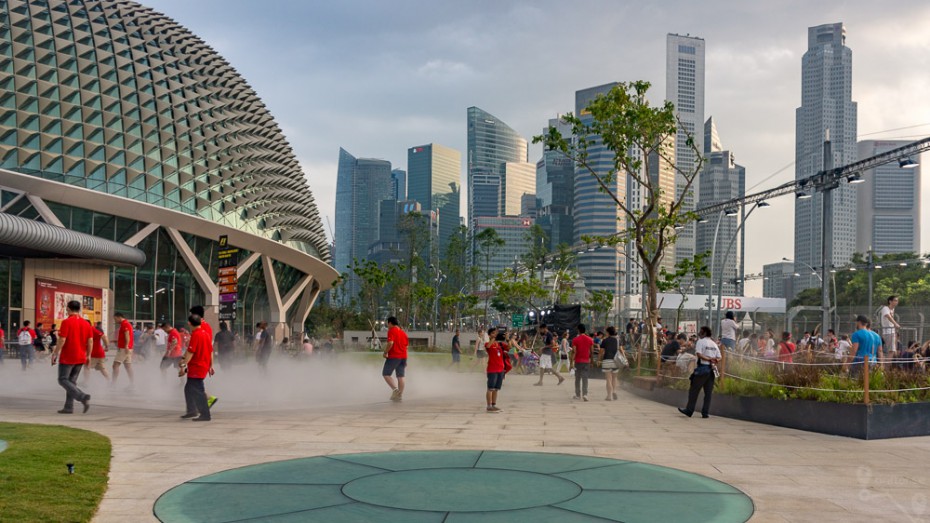 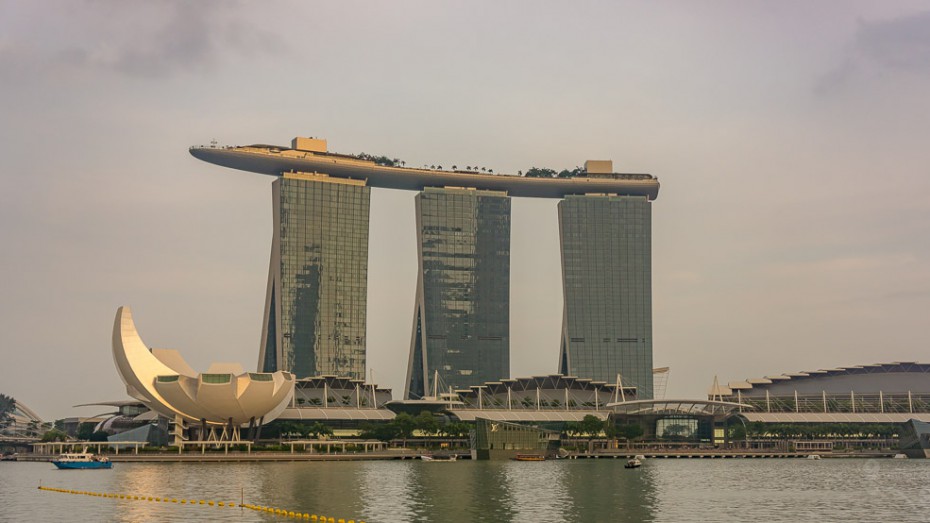 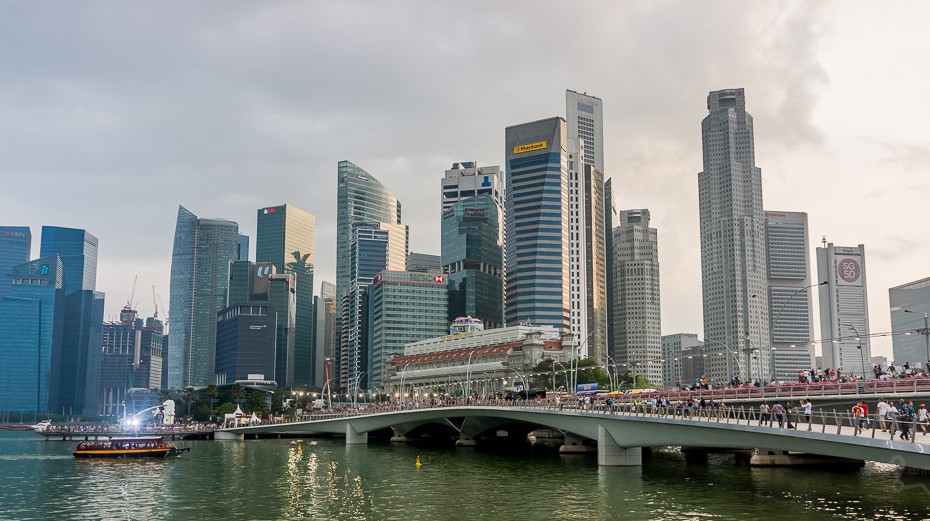 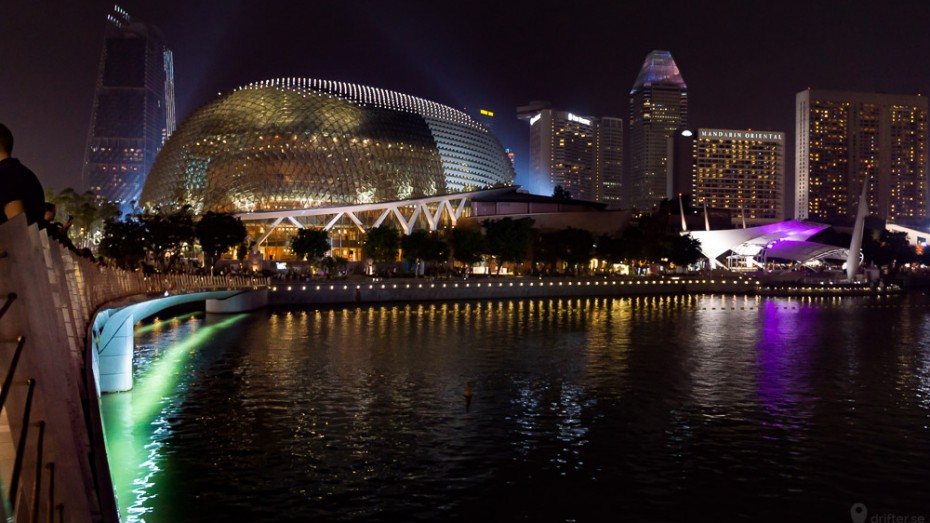 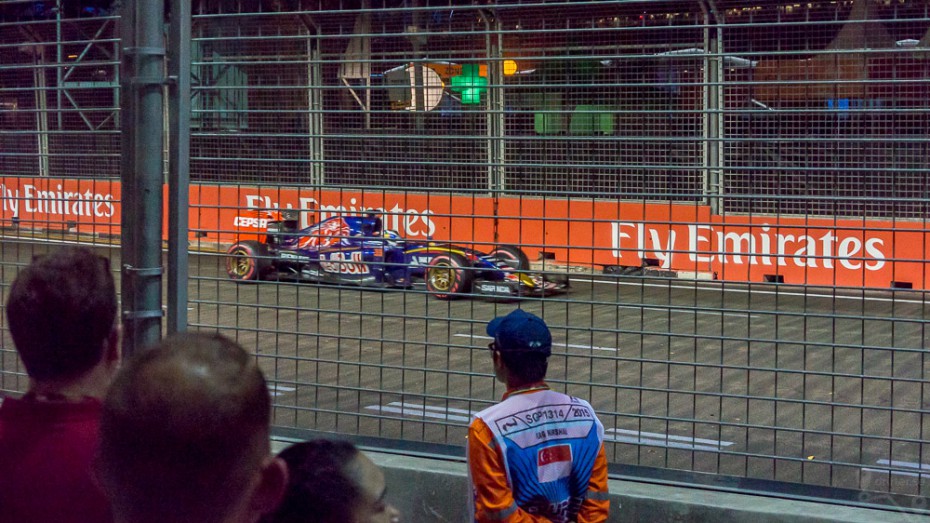 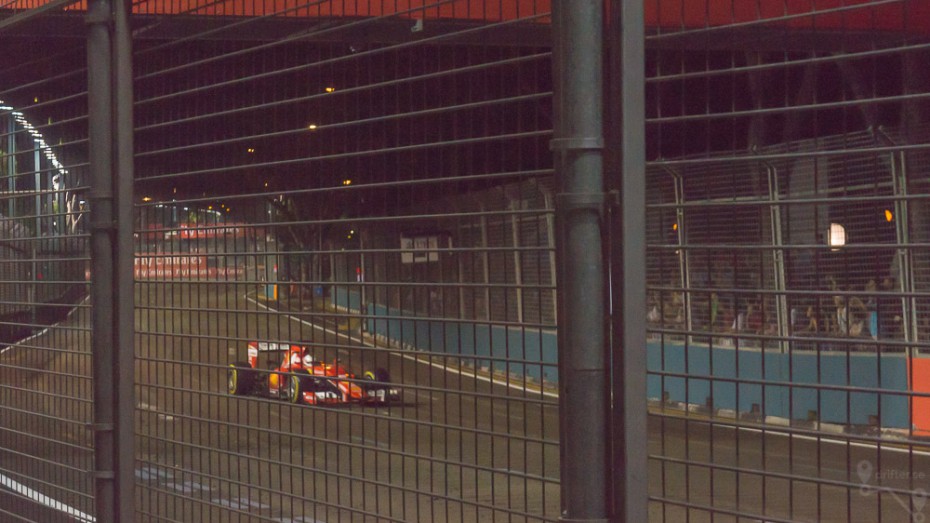 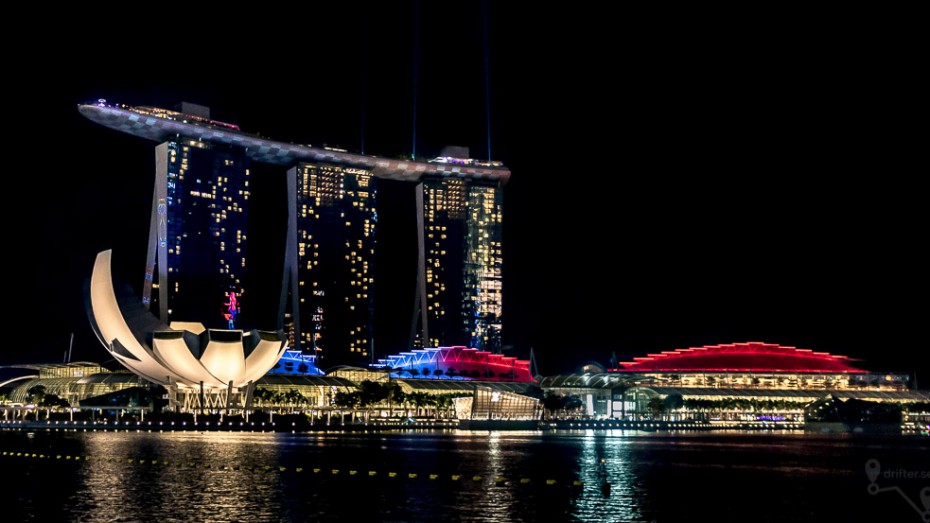 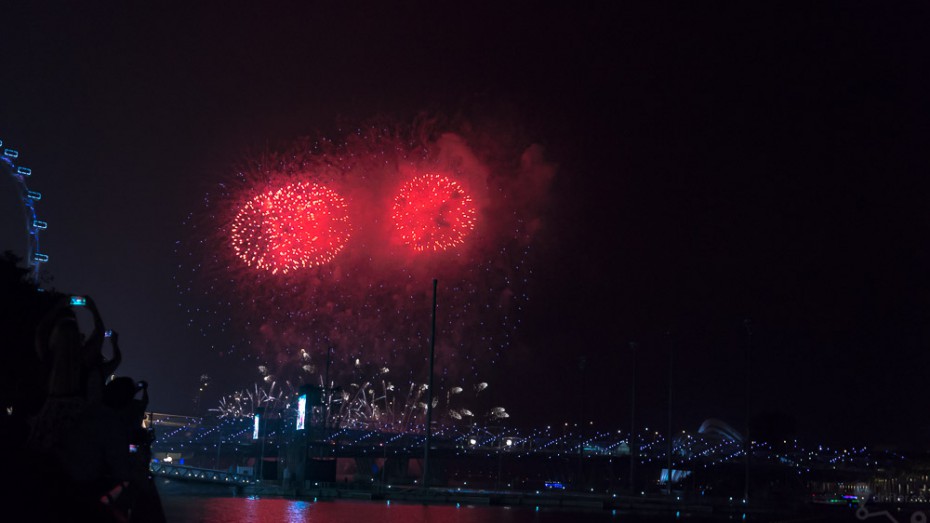 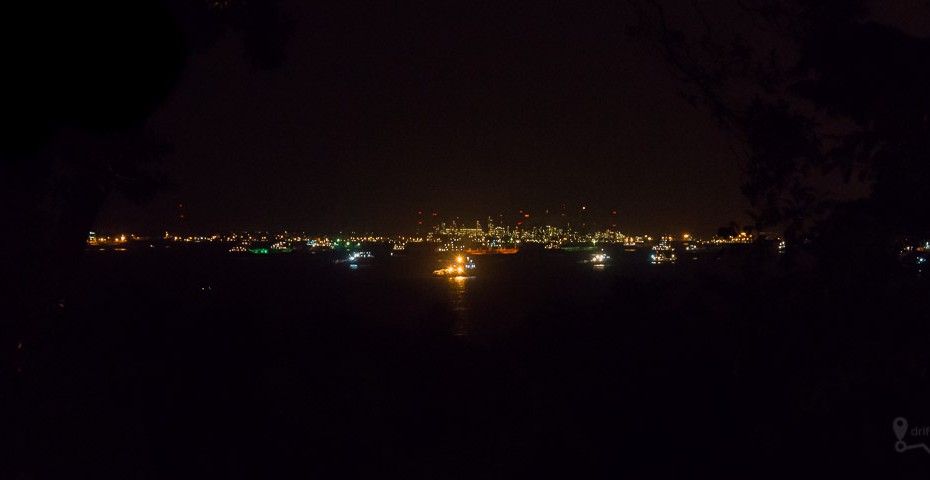 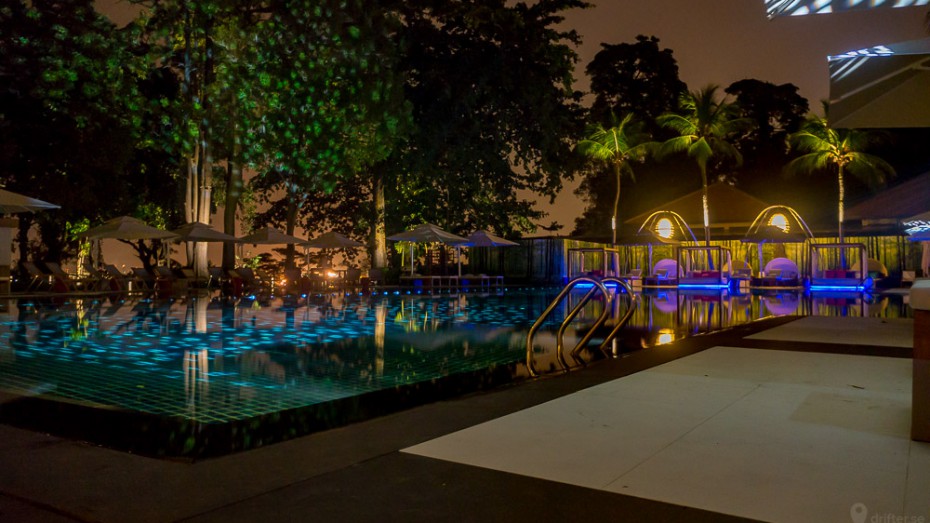 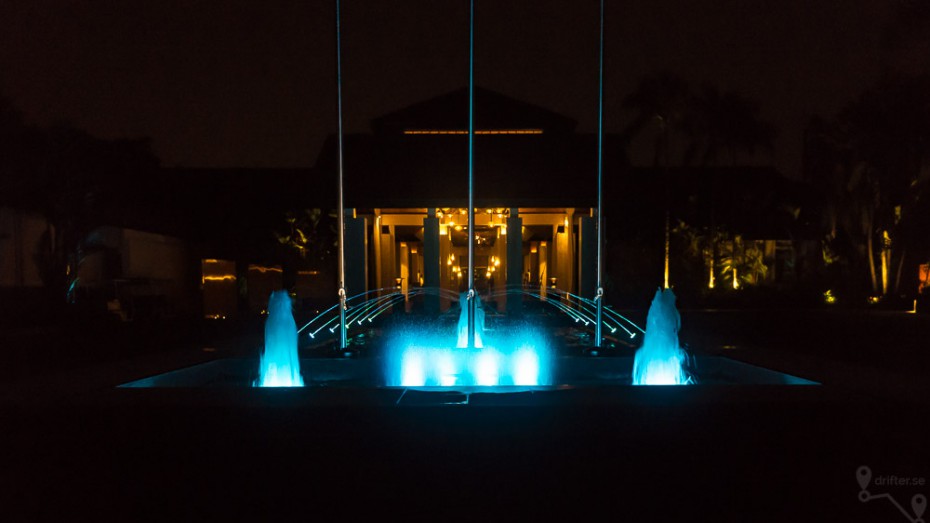 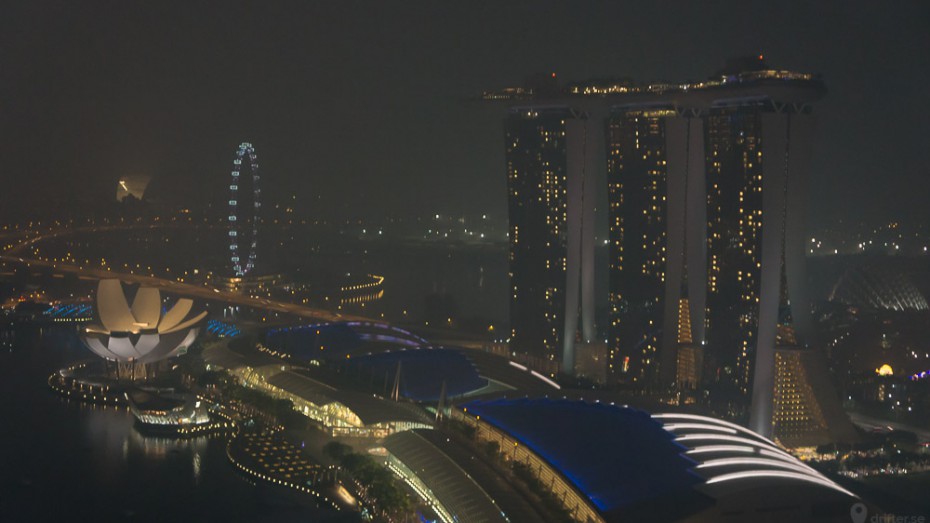 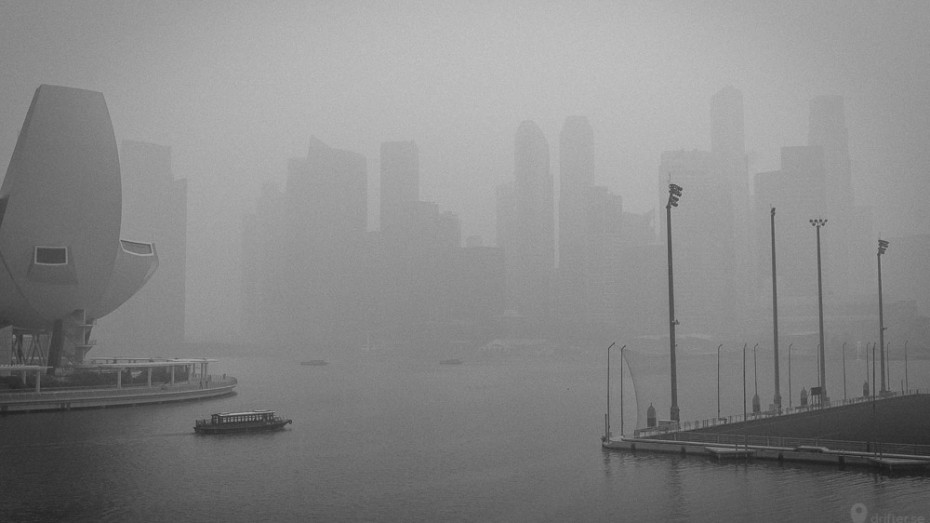 Singapore is a small city state on the edge of the Malaysian peninsular, with the Johor Strait separating the two countries. The city state was founded back in 1819, and was under British rule up until the merger with Malaysia in 1963, a time period of 144 years. But due to political turmoil and racial tension in the ’60s, Singapore was voted out of the Malaysian federation shortly after the merger and thous became the first country in the world becoming independent against its will. This year the country is celebrating 50 years of independence, after the split in ’65. The country faced many problems in the beginning of its independent history, including mass unemployment, shortage of housing and no natural resources. But under the leadership of Lee Kuan Yew the country was transformed into the economic power house of the region it is today.

Singapore is a great city to visit, although it can be quite expensive if you don’t know where to go. Everyone speaks English, the MRT (subway) and buses transports you quickly throughout the city, and it is like most other Western cities, just a bit more futuristic and bolder. It is easy to get in and out by plane to the big and modern Changi (SIN) airport, or by bus from major cities in Malaysia. This makes Singapore a good place to acclimatise to Asia and the tropical heat. Here follows a mini travel guide to Singapore, based on personal experiences.

Getting there and getting around

The easiest way is to fly into Changi (SIN) airport. This airport has been voted the best airport in the world several times. The airport does have a cinema (allegedly), swimming pool and a pretty cool outdoor bar. So don’t forget to bring your bathing suit if you fly from here! Transport to and from the airport is fast and easy, you can take the MRT or buses out to it or simply take a taxi which will set you back S$18-30 depending on where and when you are travelling.

There are also a ton of different bus companies that you can take up to or down from Malaysia. I went with Qistna directly up to Kuala Lumpur, they are stopping both at TBS and Pudu Sentral in KL and leave from Little India in Singapore. The cost was S$23.8 if you book online, but I think you only have to pay S$21 if you buy it directly at their booth in Little India Arcade, a short walk from the MRT station with the same name. The trip was okay but you have to change buses in Johor which pulls down the rating a lot.

When it comes to getting around in Singapore, you’ll find the public transport system more than satisfying. The only complaint I have is that there are no announcement of the stops for some of the buses, so you pretty much need to know when you need to get off. I missed my stop a couple of times but luckily the stops wasn’t all to far apart. But if you are only staying in the central part of town, you might not even need to go with a bus as the MRT covers large parts of it. The cost of a trip depends on how far you are going and what kind of ticket you get. There are tourist passes costing S$8 per day, single tickets and a reloadable EZ-link card that costs S$5 and is non-refundable and which you top up on the go. If you are only staying in Singapore for a few nights, then single tickets or the tourist passes will be the most affordable, for longer periods or if you know that you will return then the reloadable EZ-link should be your choice.

Taxis are fairly cheap and are mostly of good standard. They use taximeter here, so you don’t have to worry about haggling with them. Uber and Grab is available for ride sharing.

There are accommodation in all price ranges, from super luxury like famous Raffles Hotel and Marina Bay Sands to cheap backpacker hostels. I’ve stayed at a couple of different places in different price ranges.

There are so many bars, restaurants and food markets around that you can spend years eating your way around Singapore, so will just mention a couple of them. Check out my Singapore Craft Beer Guide for all your craft beer needs.

There are a lot of stuff do, you can spend an entire day just walking around marvelling over the architecture. From the ultra modern Marina Bay Sands and ParkRoyal skyscrapers to the old colonial style buildings like Raffles Hotel. Many come here for the shopping as well, every luxury brand imaginable are represented here. And many of the compete in building the most ludicrous store fronts. Louis Vuitton probably won that race with their floating store outside of Marina Bay Shopping Centre.

Well, that was it for now. As I’m living in Singapore, ask any questions in the comments sections and I’ll try to answer them.