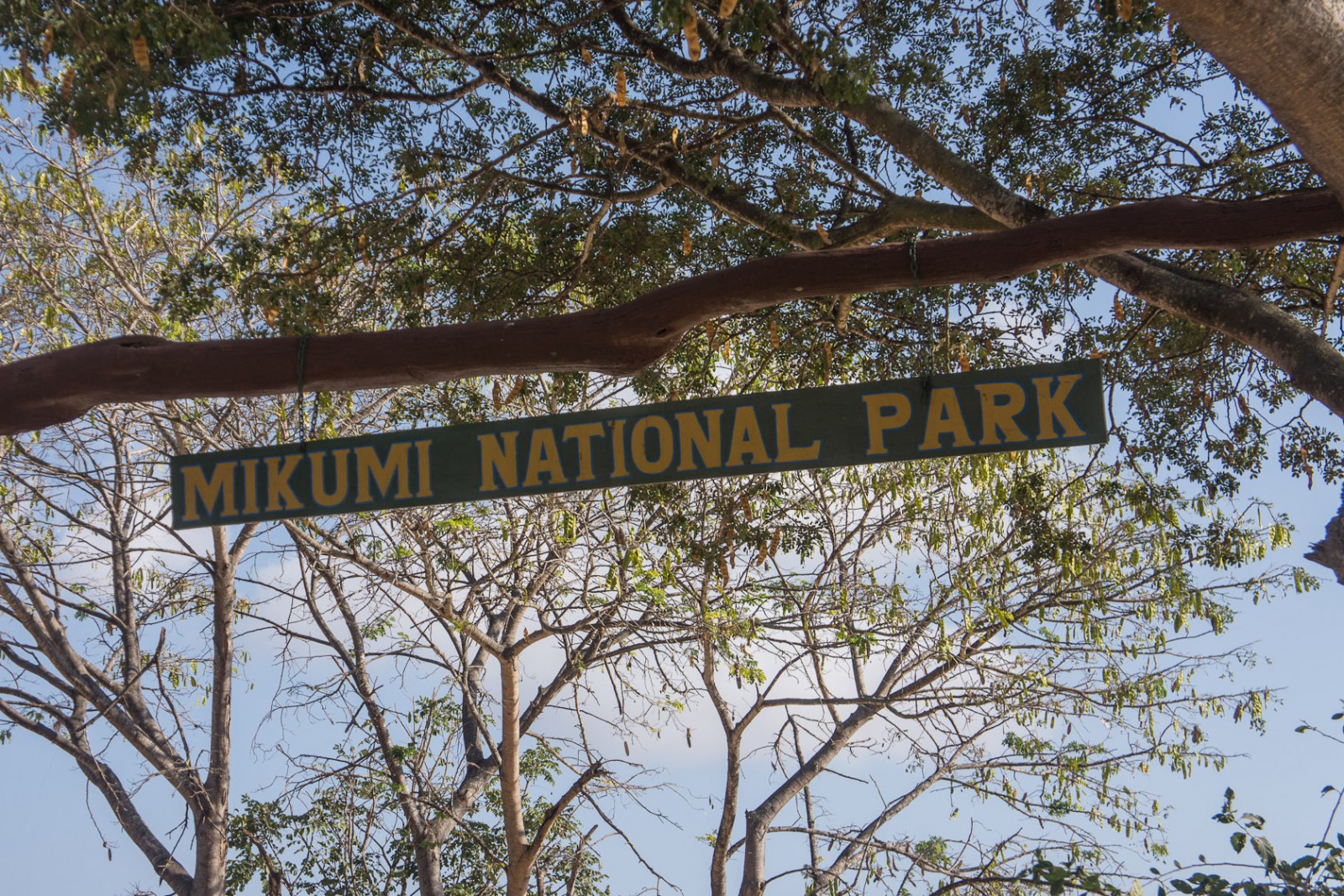 It was still fairly early morning when we managed to crawl out of the beds. Me and Henrik shared a room and we went down to the breakfast hall together. The rest of the gang were already there, eating the worst breakfast in history. Dry toast, jam, crappy coffee and some bananas, I barely ate anything. Can’t say I was hungry anyway. But didn’t have any time to think about it even if I were, shortly after the two jeeps that were picking us up came. They for sure had seen better days. Getting out of Dar es Salaam, most of the trip really, was pretty uneventful. We only ran into traffic cops once, and we got pulled over for probably a good 20 minutes. The drivers and the cop talked in Swahili, so have no idea what actually went down but all of a sudden the cop started shouting something about a first aid kit. One of us had one and it was promptly found and handed over, and it became fairly obvious that the cop just wanted to raid it for expensive medicines. There were of course none in the box however, we stored the malaria medicines in other places. Well, the corrupt fucking cop wasn’t happy about that and neither were our drivers at this point. They started to get on their phones and called around, if what they told us was true then they got hold of the cops boss who prompted her to let us go. Oh how I hate corrupt cops. Luckily that was the only prolonged dealing we had with them, the rest of the instances we were stopped we only got stopped for a few minutes, mostly due to bribes from the drivers.

The car ride to Mikumi National Park was much longer than anyone expected, it took a good 5 hours or so to get there. Not all to fun as we had a 14 hour ride the previous day, but it was worth it. We exited the paved road and entered the dirt road leading to the kopje that our camp was located on. The camp was named Stanley’s Kopje, after Henry Morton Stanley that was sent out by James Gordon Bennett, chief editor of the New York Herald, to search for the missionary David Livingstone. He found Livingstone in Ujiji, in northwestern Tanzania, in the year 1871 and uttered the famous words ‘Dr. Livingstone, I presume?’. 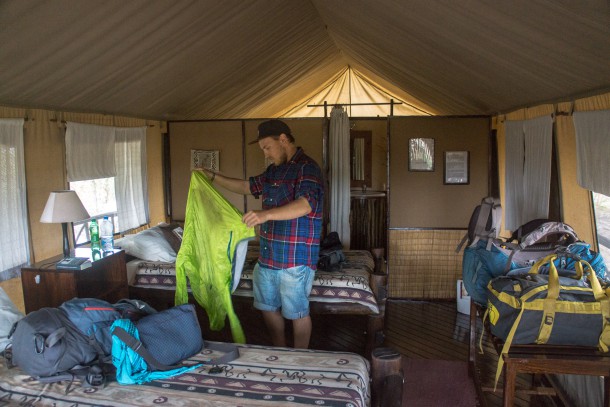 We arrived in the early afternoon and was promptly showed to our tents, we couldn’t believe the standard of the accommodation. The tents was ensuite and furnished with beds, nightstands and small old school desk that I would have loved to take home with me. On the veranda were two chairs and a table so you could sit and watch out over the savanna and see the wildlife stroll by. Up on the kopje itself was the restaurant and a pool. The restaurant didn’t have any walls and you had great view both of the sunset and the vast landscape that lay in front of us. We didn’t have to long to marvel at the camp as we had a game drive scheduled that after 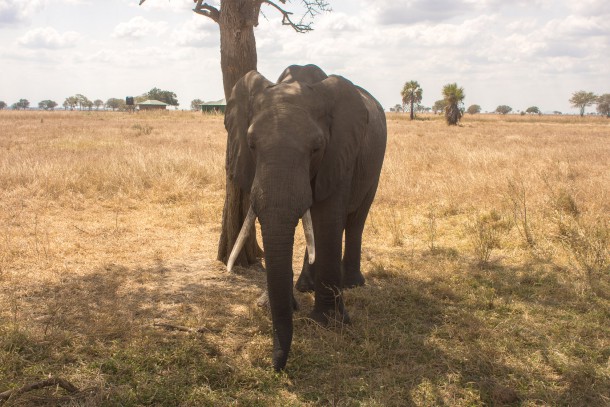 noon. So in to the jeeps again and of we went. The next couple of days would be spent on the savanna. Mikumi isn’t the most beautiful park but as a first time safari and the fact that we booked it just three weeks prior with minimum planing, we were still happy with the getaway we got. Specially with the beautifully located accommodation. After a two night stay with lots of animals, great food, plenty of beer and some swimming in the pool we had to travel back to Dar es Salaam for a final night before going over to Zanzibar.

The drive to Mikumi went pretty smooth, except for the encounter with the corrupt traffic cop, the drive back was also a smooth ride until we entered the chaos of Dar es Salaam. On the way down we had changed our itinerary a bit, instead of staying one more night in Dar we hurried to the ferry terminal to catch the last boat for the day over to Zanzibar. The jeep I was in had really bad breaks and the driver almost ran into another car while trying to switch lanes. He never hit it, but the other driver came running out of his car and started to yell at our driver and trying to make it like he actually had hit him. He blamed some marks on his car on our driver, which was just bullshit. Anyway, our driver tried to get away (good luck with that on a clogged highway) and the other guy tried to grab the keys out of the ignition, a fist fight wasn’t far away at this point. Eventually we got away, the other driver then jumped on a taxi motorcycle and followed us. They had been fighting in Swahili so no idea what they said, but I think our driver somehow convinced the other guy to let us go as we were gunning for the ferry. The other jeep had reached the ferry terminal a good 10 minutes before us and realised that the ferry we were trying to make was already fully booked. We got back to our jeep and during the minutes we had been gone our driver and the guy he almost hit seemed to have made up, he even helped us stop the traffic so we could get out of there. A bit too eventful drive was about to end, and we were back at Safari Inn for a last night in Dar.