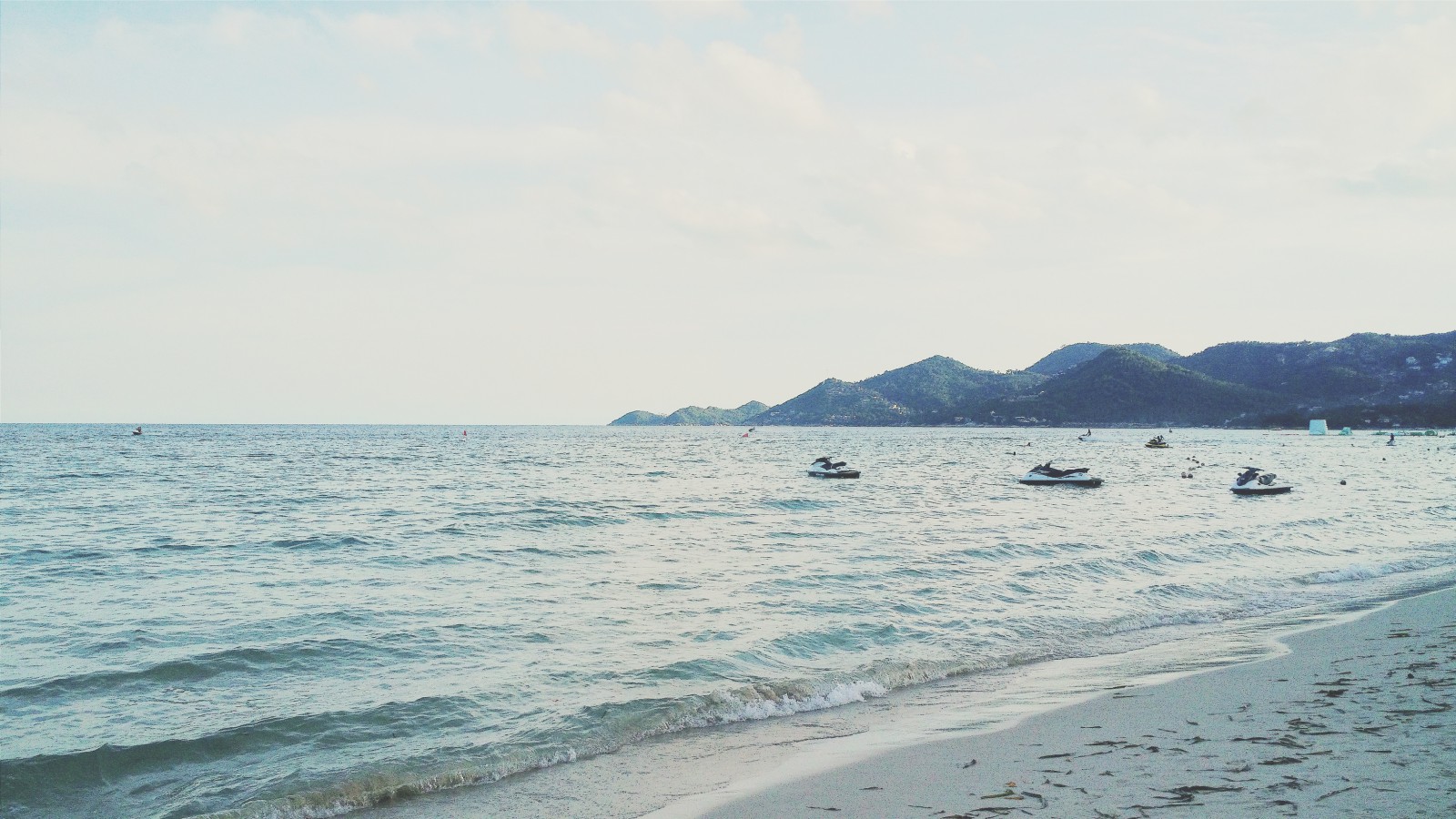 Chaweng Beach is located on the east coast of Koh Samui, just a stone throw away from the airport. It’s one of many beaches on the island and it is the most popular among them. The beach draws big party crowds, seniors and families. This guide will mainly focus on the central part of the beach, the main party hub and a place I don’t really recommend families to go to. So here comes the Chaweng Beach Travel Guide.

Get there and around

You really only have two options to get here, ferry or plane. And the easiest of them is of course by plane. The airport is served both by domestic and international flights so there shouldn’t be a problem flying here directly from where ever you are. Once you land you can get a transfer to anywhere on the island, but it isn’t cheap. All taxi prices are inflated here. A private cab would cost you ฿500 and a shared van runs at ฿130 to Chaweng Beach.

Second option is by ferry, easiest way is to book a combined bus and ferry ticket from the place you are going from. You can also travel independently to Chumphon or Donsak Pier in Surat Thani if you are coming from the mainland. There are a couple of different ferry companies that runs to different piers on the island, think Seatran is one of the closest to Chaweng. You also have Lomprayah that goes to Maenam beach, if you go with them then they have transfer services that you can continue your journey with.

Once on the island there are three main methods to get around unless you rent your own bike.

There is a ton of places to choose from and I tested out two of them.

The party scene of Chaweng Beach centres around Ark Bar and Soi Green Mango, the bar street. There is also an abundance of restaurants as well as fast food joints including Pizza Hut, McDonalds and Burger King, along Chaweng Beach Road. Whatever tickles your fancy, there will most likely be a restaurant able to cater you.

I’ve increased the price range of each of the bars/clubs with one each time, but it’s not like Sound Club is really expensive. It does get a little bit more expensive the bigger and better the club is and the difference is ฿180 for 3 Changs at the first one and ฿120 for the cheapest beer at the last one.

This section won’t be long, I didn’t really do much while being here. Eat, beach, eat, drink, sleep, repeat. But there are plenty of activities for those who are easily bored. Below follows a list of things I saw advertised.

There are a lot of general stores that sell the same thing as all the others do. I would recommend to buy any clothes here rather on Koh Tao, if you are traveling onwards, as it is cheaper and the options are better. And haggle! The markup on most things are about 50%. There are also a mall here that sells legit clothing (no knock-offs), CentralFestival.

There are also plenty of tailors around, and people trying to sell you suits. I never asked for the price as I don’t need one, but I do know they can ship it home for you. Looking in the windows, the suits actually looked pretty good.

There are a lot of people walking around on the beach trying to sell stuff, they will leave you alone (for a while) if you just say no or shake your head. There are also a couple of people walking around with monkeys and charge you for a photo with the monkey. Do not do this! What these people are doing are illegal and the monkeys are often protected species. Also worth knowing is that child labor is illegal in Thailand, but you will still see young kids trying to sell stuff specially in the late evening. Do not buy anything from them, or encourage the behaviour.

Disclaimer: Prices were correct as of October of 2015. If anything changes, let me know in the comments. All travel guides are living documents and might be edited.